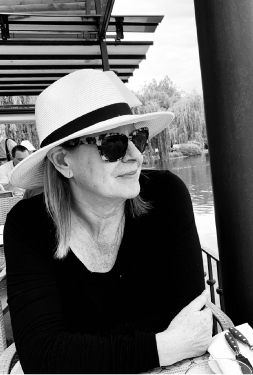 Lisa Treister is one of the most experienced communications professionals in South Florida. During her career, she has been a newspaper reporter and editor, television news producer, magazine writer, in-house media relations specialist and public relations agency owner.

Growing up in a small town where her family owned the local daily paper, and where she worked in the newsroom after school and during the summer, Lisa got “ink” on her fingers at an early age. As a result, her background in the communications industry makes her uniquely qualified to understand the importance of telling a story well – no matter through what medium.

Lisa has been a resident of Miami since 1981, and has worked in-house for a number of local institutions, including the local ABC affiliate, WPLG-TV; The Nightly Business Report on public television; Mount Sinai Medical Center; and Miami City Ballet. Her public relations agency client experience reads like a “Who’s Who” of major banks, law firms, real estate developers, retailers, and cultural organizations.

And because her husband is a Miami native, she has built a wide network. If she doesn’t know someone in Miami, she will know someone who knows someone.

Lisa is a graduate of Northwestern University and holds a master’s degree from the Columbia University Graduate School of Journalism.

Don’t look back, you’re not going that way.” – Unknown